This is a provisonal title for the Bodleian’s centenary exhibition in 2014 which will be centred on the lives of eight (possibly more) Oxford alumni, using their letters and diaries to find new perspectives on the Great War. Edmund Blunden, alumnus of Queen’s College, has inspired the exhibtion title. ‘Daring the huge dark’ is from his poem Flanders Now. I think it conveys something of the foreboding with which individuals, and the nation, entered unfathomed depths, and yet ‘daring’ reminds us of the courage needed by ordinary men and women to endure.

I recently made a brief visit to the Somme, and took this photograph looking over to Thiepval Wood and the Memorial from a point near the village of Mesnil, close to the entrance to ‘Jacob’s Ladder‘. This was a communication trench  that led down to the British line at Hamel in the Ancre valley. Blunden describes it (and this whole section of the front) in Undertones of War, and it is mentioned in his poem, Trench Nomenclature. The tranquillity of the present scene is in marked contrast to the description of the area in his poem Thiepval Wood, which begins with the lines:

The tired air groans as the heavies swing over, the river-hollows boom;
The shell-fountains leap from the swamps, and with wildfire and fume
The shoulder of the chalkdown convulses.
Then the jabbering echoes stampede in the slatting wood 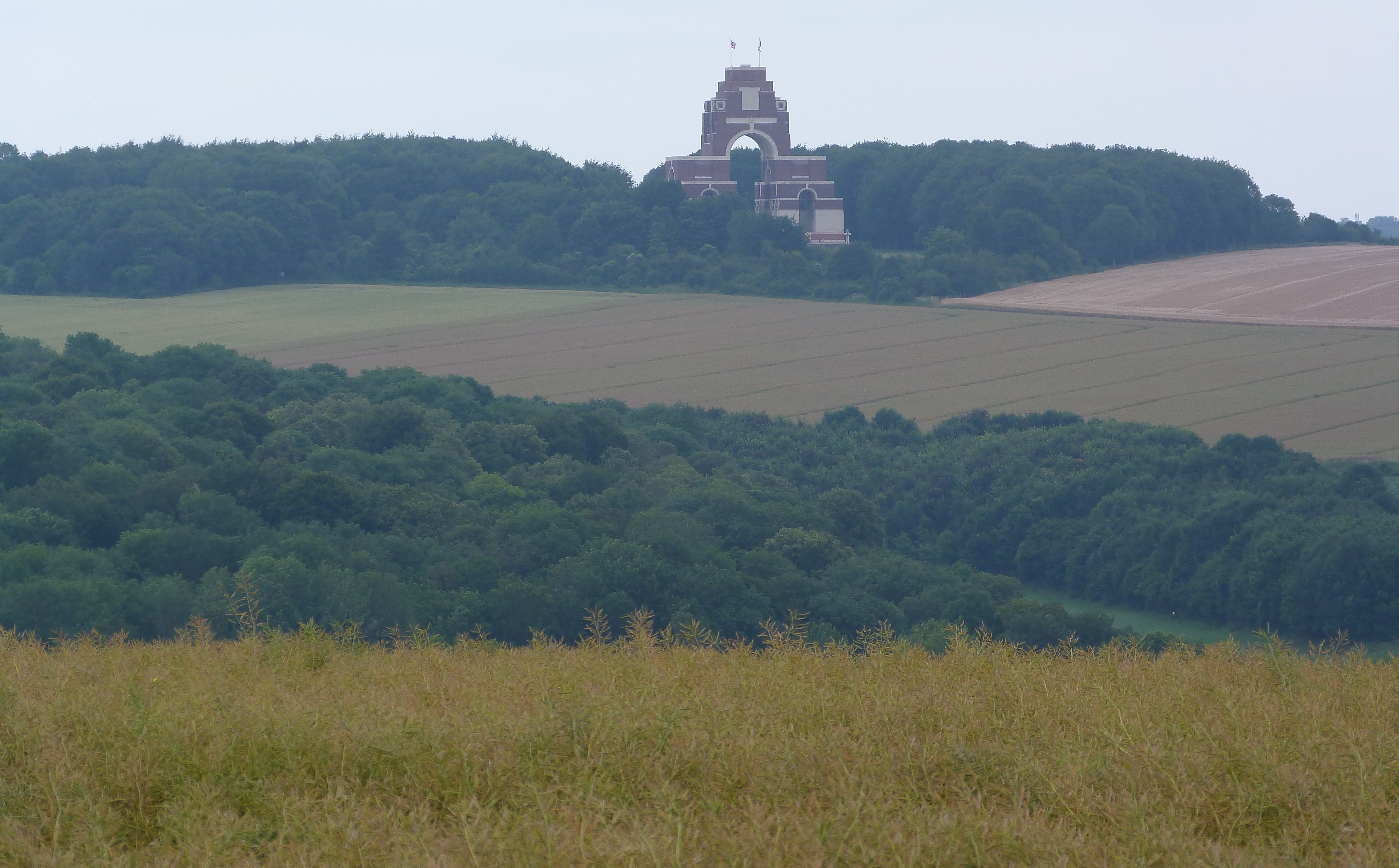 Thiepval Monument from the Mesnil-Hamel road

The image below is a detail from a trench map in the Bodleian Library drawn up just before the Somme offensive began, and shows the proximity of the British (blue) and the German (red) lines around Thiepval. The above photograph was taken from the fork in the road just north east of Mesnil, looking across to Thiepval village, with Thiepval Wood in the middle distance. Thiepval Memorial stands about 200 metres south-east of the chateau marked ‘CH’ on the trench map on the western edge of the village. ‘Jacob’s Ladder’ can be seen running between Mesnil and Hamel. 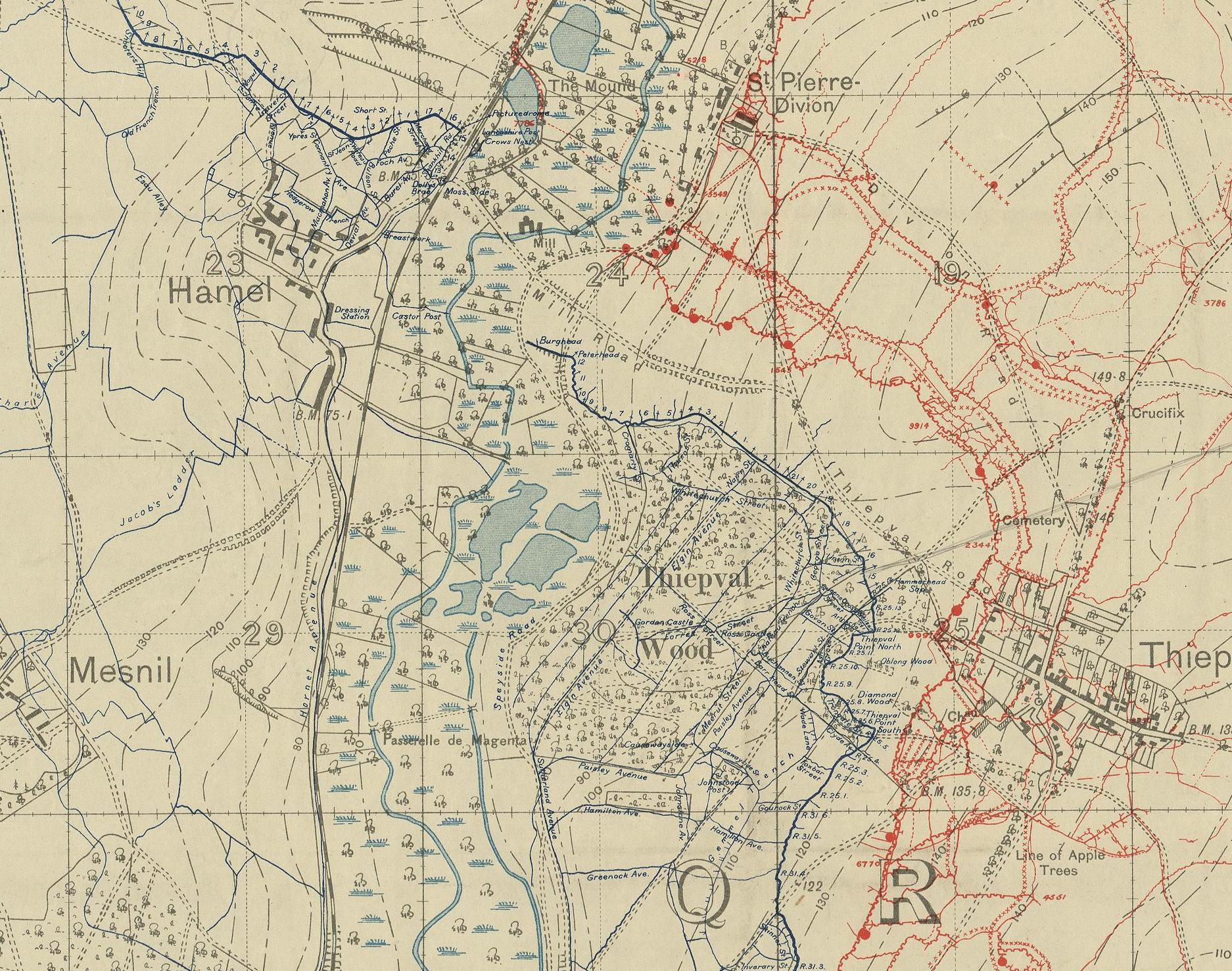 The trenches between Hamel and Thiepval, June 1916