Throughout the day on Friday 18th November the University will be publishing the names of over 300 students, fellows, alumni and college staff who lost their lives in the largest battle of the First World War on the Western Front – the Battle of the Somme. Names will be posted individually on the University’s World War One Centenary Twitter channel @WW1Centenary and will include the college and the age of each man, some of whom were just 19 years old.
The Battle of the Somme took place between 1 July and 18 November 1916 on both sides of the upper reaches of the River Somme in France. In total, more than one million men were wounded or killed, making it one of the bloodiest battles in human history. November 18th 2016 marks the 100 year anniversary of the end of the Battle.
The University’s Registrar kept a record of Oxford staff, students and alumni who were killed. Their obituaries were published in the University Gazette and were later recorded in the 1920 University of Oxford Roll of Service which has been used as the basis for this digital memorial, together with records held by the Commonwealth War Graves Commission and the University college archives. We have asked for help from the University colleges to identify individuals who were not included on the roll, such as college servants and German students. The high death rate experienced by the University could be attributable to the prevalence of Oxford men the among officer ranks. Today these losses are remembered on college war memorials, and now online.
Amongst those who lost their lives were the Prime Minister’s son Raymond Asquith (All Souls) and the War Poet William Noel Hodgson (Christ Church), who wrote the following poem in the days leading up to the battle:


By all the glories of the day
And the cool evening’s benison
By that last sunset touch that lay
Upon the hills when day was done,
By beauty lavishly outpoured
And blessings carelessly received,
By all the days that I have lived
Make me a soldier, Lord.

By all of all man’s hopes and fears
And all the wonders poets sing,
The laughter of unclouded years,
And every sad and lovely thing;
By the romantic ages stored
With high endeavour that was his,
By all his mad catastrophes
Make me a man, O Lord.

I, that on my familiar hill
Saw with uncomprehending eyes
A hundred of thy sunsets spill
Their fresh and sanguine sacrifice,
Ere the sun swings his noonday sword
Must say good-bye to all of this; –
By all delights that I shall miss,
Help me to die, O Lord.
(Into battle, 1916)

The population of the University changed during the War as college fellows and students left for active service, with the University facilitating military mobilisation largely through its Officer Training Corps (OTC). Before the Long Vacation of 1914 the University housed approximately 3,000 undergraduates and 100 postgraduate students. By 1916 this population had dwindled by 72 per cent to 550, and by 1918 numbers were only 12 per cent of the pre-war total.
Information on individuals from Oxford and their role in World War I can be added to the Oxford at War 1914-1918 online memorial.

Do you have a family story or local history about the First World War? Bring your WW1 stories, photos, documents, letters, postcards, clothes, medals, and other objects to the 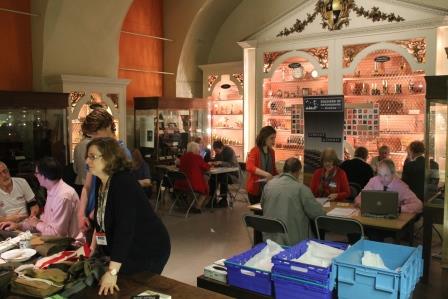 ABOUT THE EVENT
The Oxford at War 1914-1918 Roadshow is a free, open event where visitors get the chance to engage with their history and learn more about the First World War. Bring your WW1 stories and objects to the Roadshow where a team of historians will be ready to talk to you about your material and record any information. We will digitise your objects (letters, photographs, medals, diaries etc) and publish these online as part of the online archives Oxford at War 1914-1918 and Europeana 1914-1918. There will also be talks, films and exhibitions for you to enjoy.

Although we are particularly keen to gather Oxford-related material, we welcome all contributions.

The event is free. No booking necessary, but some timed slots are available and can be reserved by contacting ww1collections@it.ox.ac.uk or 01865 283686.

What to expect on the day? 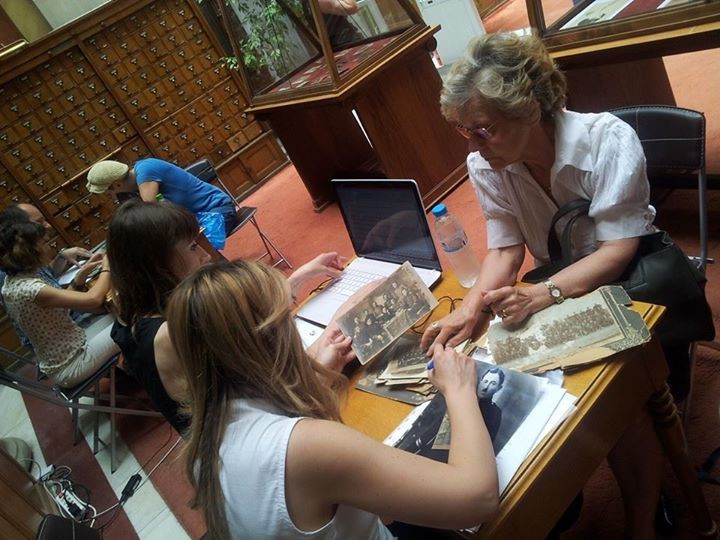 You’ve seen Antiques Roadshow – well, this is the same without the valuation. Our experts will talk to you about your stories and what you have brought in. They’ll record the details, and then our digitisers will photograph your items so we can upload them to the website www.oxfordatwar.uk. Please just turn up on the day, there may be queues but also exhibitions and films to divert you. If you would like to make an appointment (optional) please ring: 01865 283686 or email ww1collections@it.ox.ac.uk

What if you can’t join us?
Do tell your friends! And you can upload your stories and photos to the website http://www.oxfordatwar.uk/contribution

Why is the University of Oxford doing this?
We want to preserve the memory of the First World War and those who lived then. By recording stories and material in digital form, we can make them available online to students, researchers, school children and anyone interested in the history of the War and the stories about the people who lived then. See more in this short video, where Dr Stuart Lee talks about why this is important https://youtu.be/wsUnCAPwv90

The Oxford at War 1914-1918 Roadshow is part of the Oxford Centenary Programme which has received funding form the Van Houten Bequest.