Having missed the previous day’s cabinet, Lewis Harcourt, Colonial Secretary, motored over from Nuneham Courtenay to the nearby home of his friend the Prime Minister, H.H. Asquith. The chief topic of their private meeting was the break down of the Buckingham Palace conference called to discuss the Irish Home Rule crisis, the most pressing concern facing the government in the Summer of 1914.

Their discussions briefly turned to the ‘probable Austro-Servian war’. Harcourt was adamant that ‘under no circ[umstance]s’ would he be a party to British participation in a European war. Harcourt’s biggest concern was the attitude of the First Lord of the Admiralty, Winston Churchill, whom he believed capable of precipitating naval action without reference to his Cabinet colleagues. Asquith ‘pooh poohed’ Harcourt’s concerns. 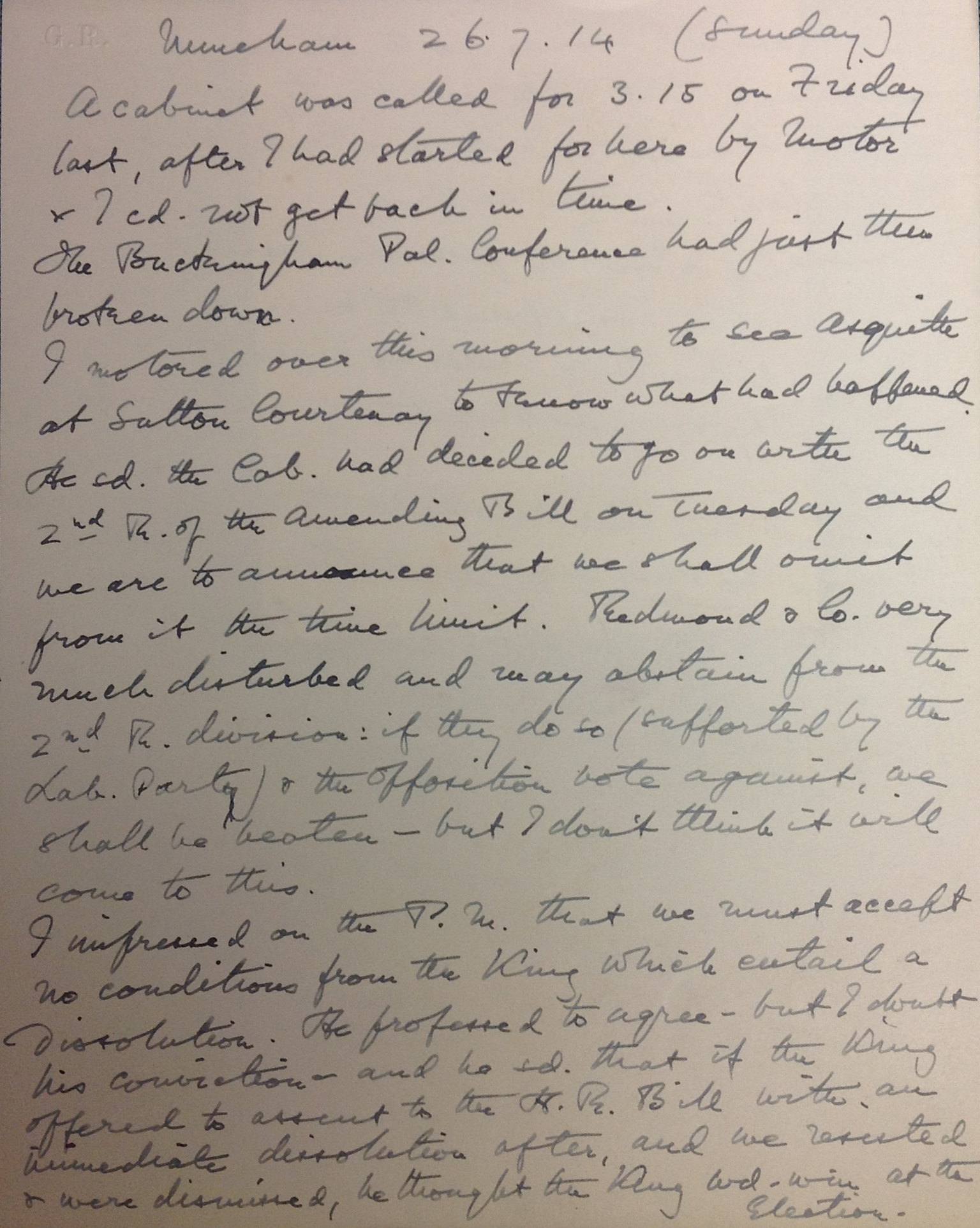 Entry for 26 July 1914 from the political journal of Lewis Harcourt (page 1). 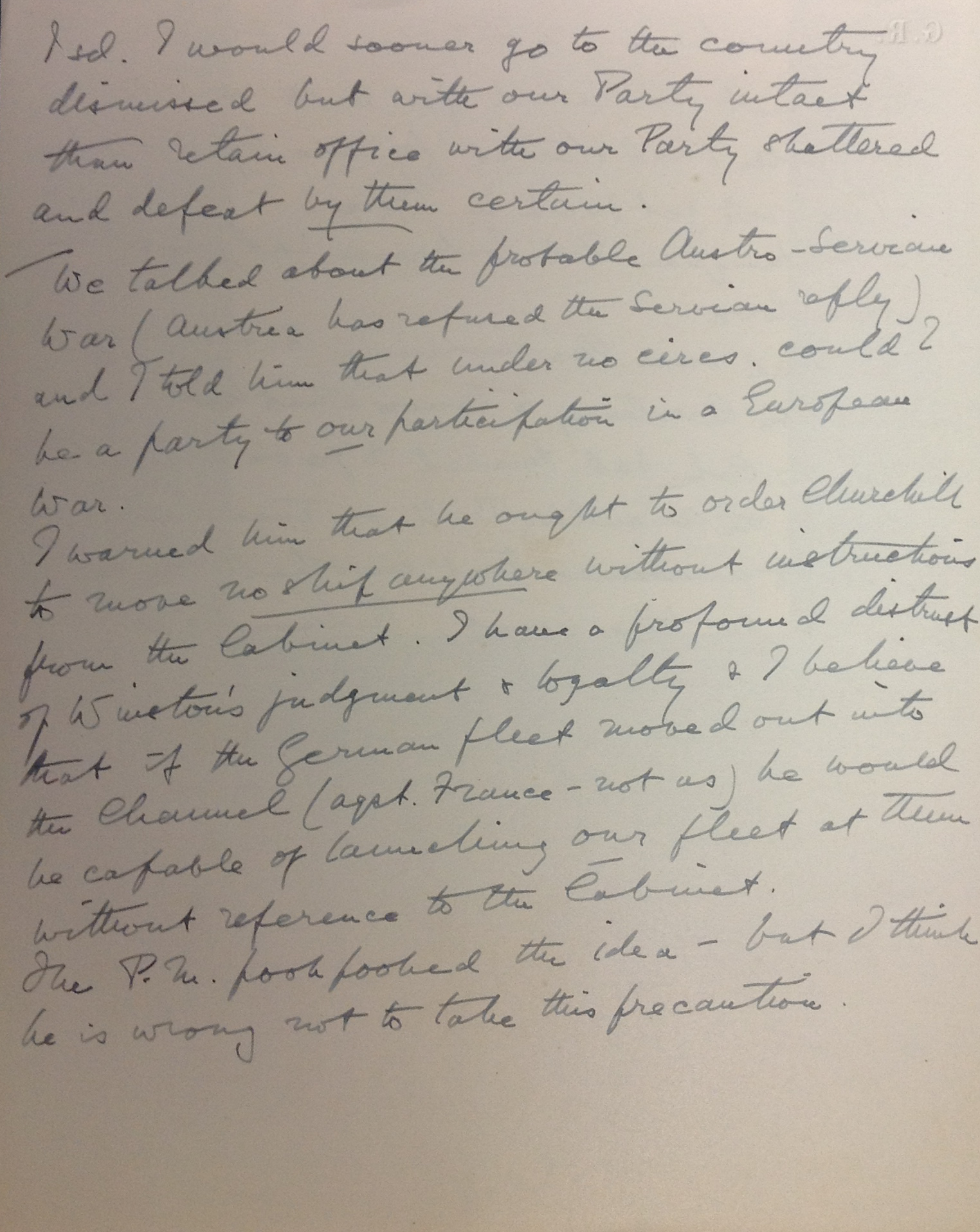 Entry for 26 July 1914 from the political journal of Lewis Harcourt (page 2).