Harcourt arrived at 10 Downing Street at 11:15 pm. Already there were the Foreign Secretary, Sir Edward Grey; the Prime Minister, H.H. Asquith; the First Lord of the Admiralty, Winston Churchill; the Chancellor of the Exchequer, David Lloyd George; and the Home Secretary, Reginald McKenna.

The German answer to the British ultimatum is ‘unsatisfactory.’ The British ambassador to Germany, Sir Edward Goschen, has ‘asked for his passports.’ The United Kingdom declares war on Germany.

There is a long discussion as to war tactics. Winston Churchill ‘wants to block Amsterdam & mouth of Rhine, Asquith & Grey insisted that we w[oul]d not violate neutrality of Holland.’

There is discussion about the British Expeditionary Force. Harcourt ‘pointed out dangers of doing this to India & Crown Colonies and home (possible revolution in north). I told Asq[uith] & Grey that this was vital to me. No decision today.’

Harcourt thinks that David Lloyd George is ‘weakening in his peace “convictions” under the impression of mad popular enthusiasm in streets for war.’ 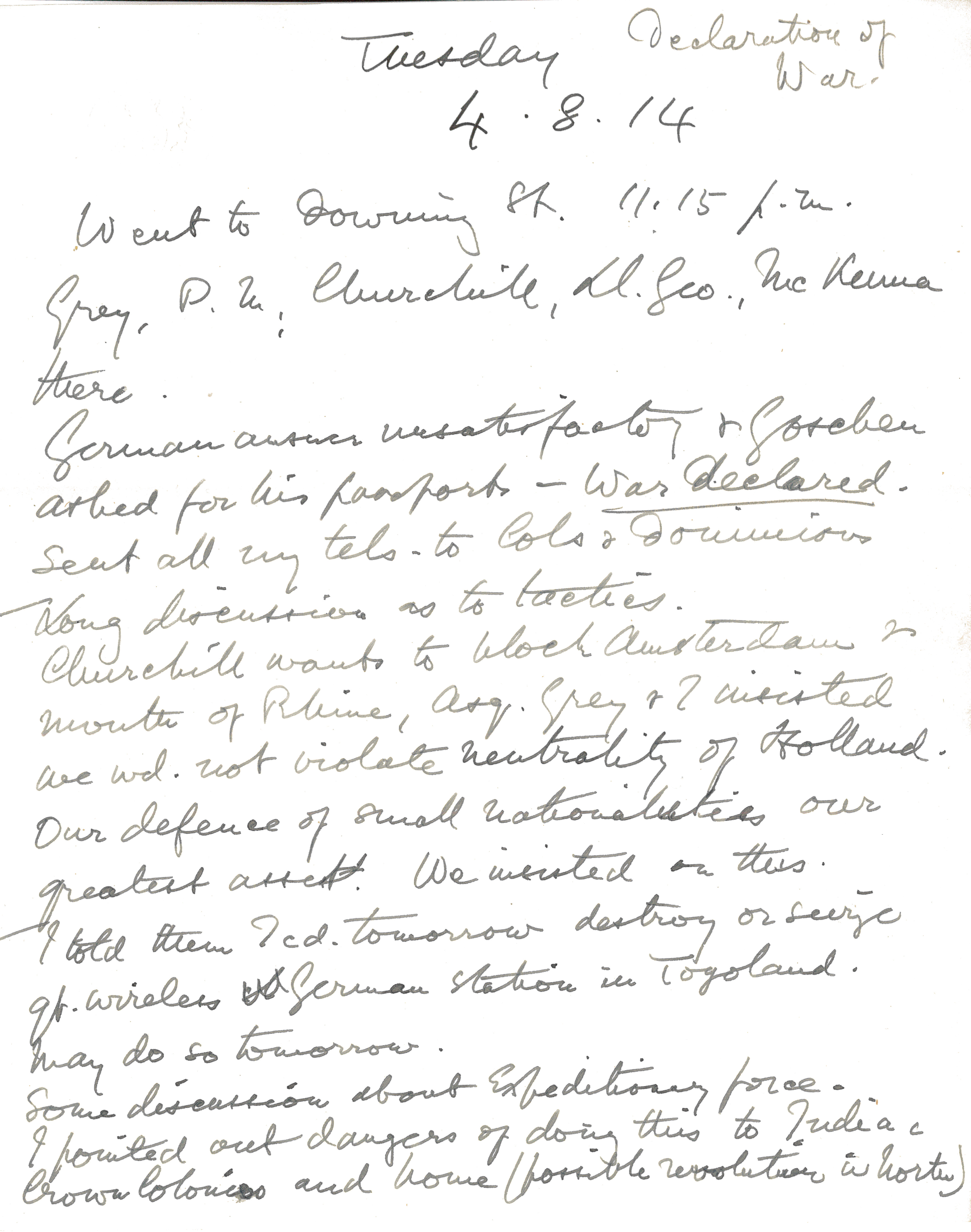 Entry for evening of 4 August from the political journal of Lewis Harcourt (page 1). 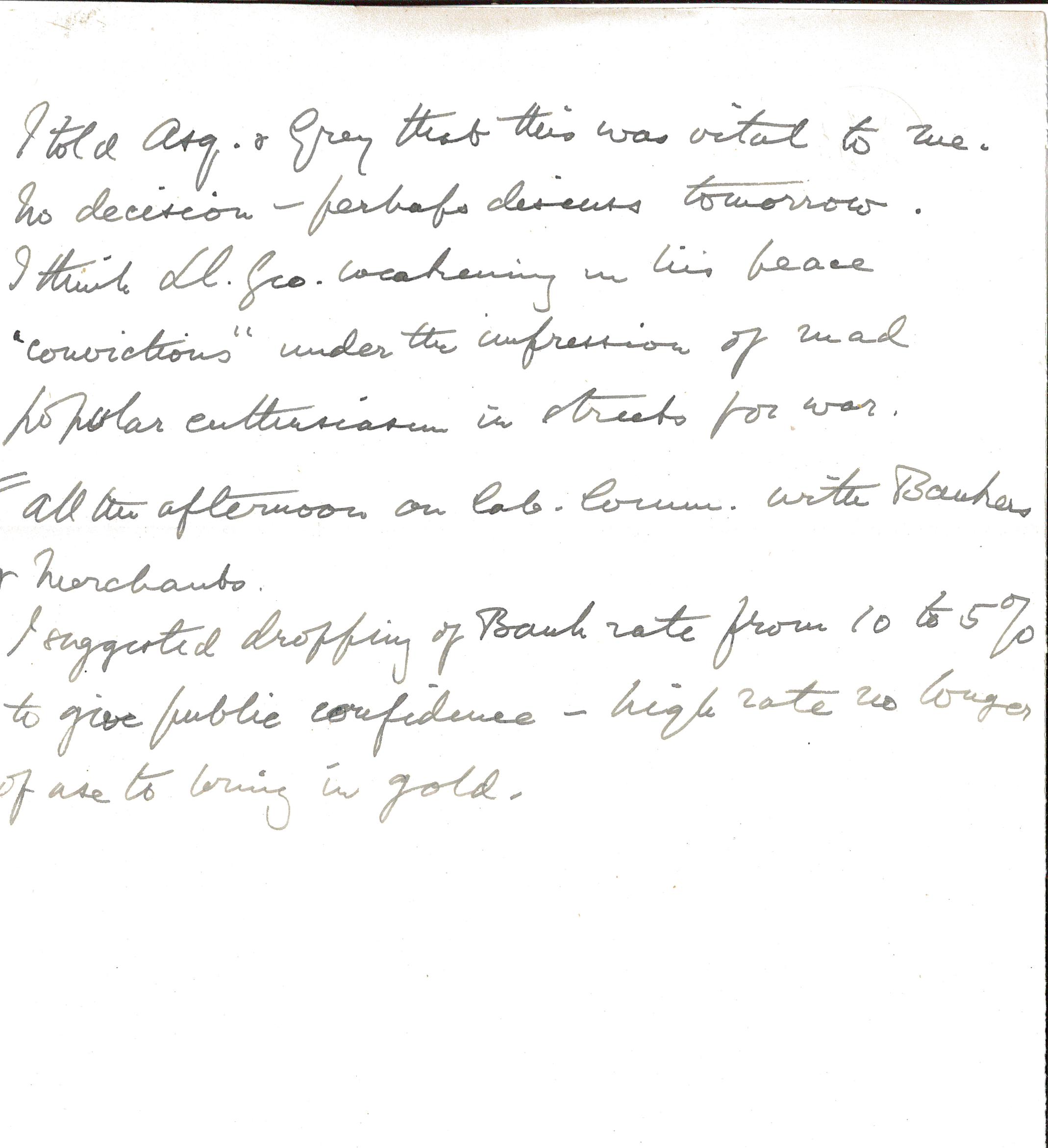 Entry for evening of 4 August from the political journal of Lewis Harcourt (page 2).